The Fat Kid Ruins Everything Again 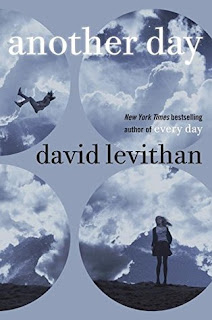 Another Day was another chance for David Levithan to rip on fat people.  He was much more discrete about it this time.  In the first Every Day book, which I suppose will be a series now, he was much more direct.
The more I think about it, I think it was worse for him to do it this way...such a creepy way.
A meets Rhiannon and wants to be able to be with her every day.  Rhiannon wants to be with him, too ah but then...then he is in the body of a BIG kid.  A very BIG kid who is just so different from who A says he is inside.
Here is the thing...I weighed 338 lbs on January 1, 2014.  Today I weigh 182.  I am still obese.  But not as obese.  I still have 54 lbs to lose, so maybe that is why I am still so sensitive to it.
Would David Levithan like me now?  Or should I wait until the other 54 lbs are gone.
Posted by Ing

Email ThisBlogThis!Share to TwitterShare to FacebookShare to Pinterest
Labels: David Levithan, Every Day, Fantasy, LBGTQ, Read in 2016, Series, YA