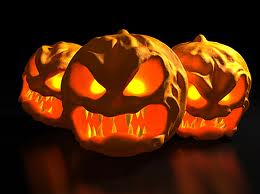 The last post's title referred the Elizabeth Montgomery sitcom, Bewitched, (you probably all figured that out) which also starred Agnes Moorehead as Endora.  You probably knew that, too!
But did you know...
that Agnes Moorehead was a very devout Presbyterian who really didn't want to take the role of Endora because of it's affiliation with witchcraft?
She was the daughter of a Presbyterian clergyman.  Oddly though, when she died she gave a lot of money to Bob Jones University.  BJU isn't what I would call a Presbyterian school.  Well, not PC(USA) anyway.
But I guess she got more conservative in her later years.
Anyway, I heard somewhere...I think it was on an old-time radio show, maybe When Radio Was that Moorehead agreed to do the show after running into Elizabeth Montgomery at a grocery store.  Montgomery talked her into it.
I loved Agnes Moorehead on old-time radio productions of The Yellow Wallpaper and Sorry, Wrong Number.  If you are looking for some spooky things to entertain you this season, you need to listen to these.
Also, you need to watch Hush...Hush, Sweet Charlotte, also featuring Moorehead.
Because...it is OCTOBER!  And we all know what THAT means!  Happy Haunting, everyone!
Posted by Ing